The difference between an orchestra leader and a composer

Who are these people that the DJs and dancers are talking about all the time? Di Sarli, D’Arienzo, Pugliese, Troilo, Biagi…?

Some dancers refer to these names as “composers”, so I thought I’d explain a bit. Although they did compose music, we mainly refer to Di Sarli and D’Arienzo and the other names as orchestra leaders. Often, the name is synonymous with the orchestra. So when we say: "It's D'Arienzo" about a recording, we mean: "It's a recording from the orchestra that D'Arienzo led." In the milonga, tandas are almost always structured around orchestras, not composers. 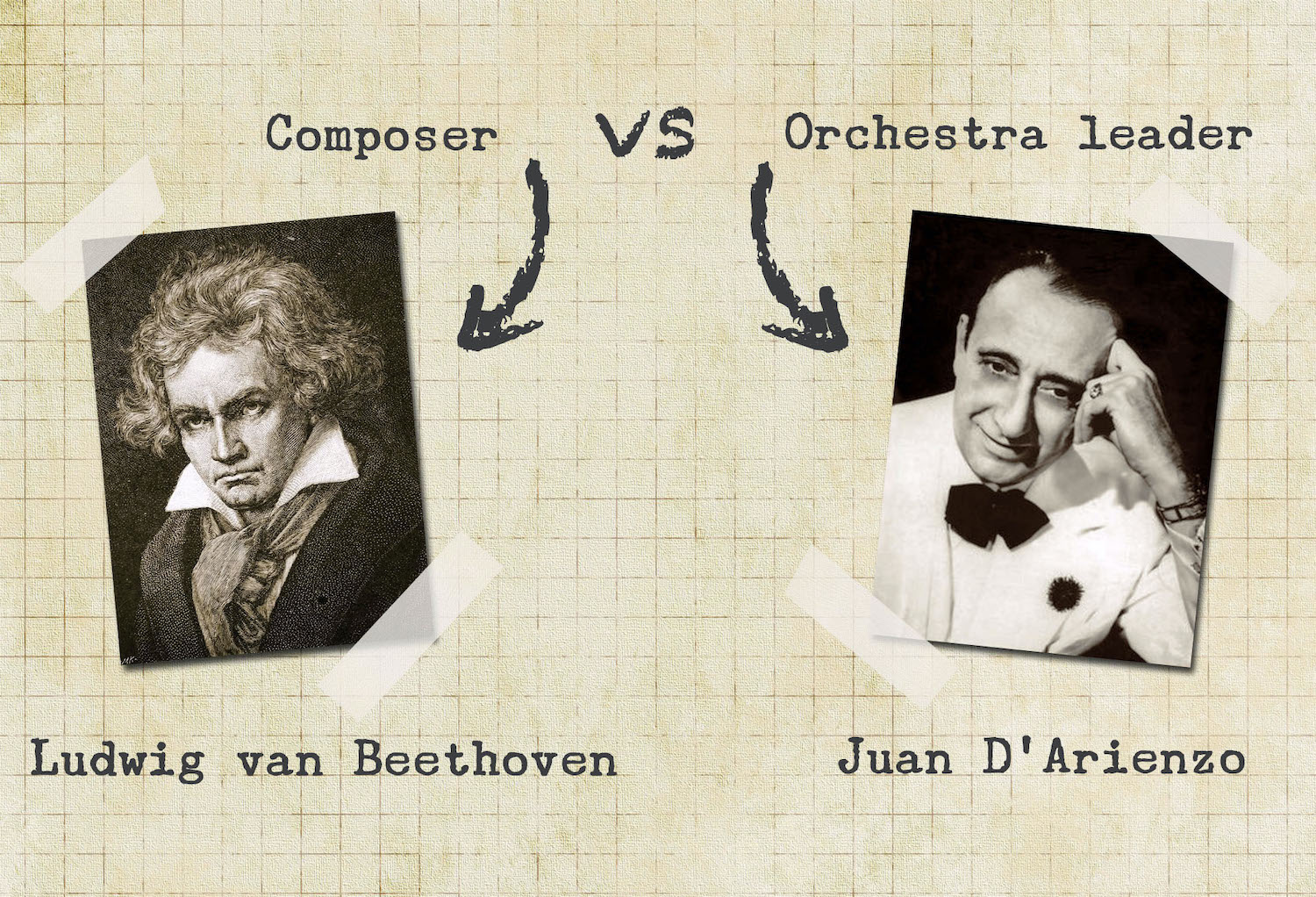 Like mentioned above, most of the orchestra leaders composed music. But there were lots of other composers that contributed to the orchestras' repertoire. We don’t refer so often to these composers or connect their names to songs. In this respect, we think differently of tango music than we do with the music of classical composers. Most of the popular tango compositions were actually recorded by more than one tango orchestra, like in classical music, but in tango, we still mostly refer to the orchestra, not the composer. In this sense, the tango orchestra was more like a modern pop band.

Example classical music: "Ode to Joy" by Beethoven. This piece, part of Beethoven's 9th symphony, is recorded by many symphony orchestras, but when we hear it, we mainly think about the composer. Often, we don't even know which orchestra who is playing, or who the conductor is. Symphony orchestras have different conductors, and the orchestra isn't the conductor's "property", as it were.

Example tango music: "Qué noche" by D'Arienzo. He didn't compose the piece, he just recorded it with his orchestra, but we still connect it to D'Arienzo and don't usually mention the composer.

TANGO NOTES has got a D'Arienzo page with discography and listening examples here.